This hot scene was directed by the super talented Nikki Silver (who makes a cameo at the very end). Thanks, Nikki, for working your magic and giving us a glimpse into a day in the lives of Ruckus and James!

James books a massage with Ruckus and lays down on the table to get treated to the stud's magical hands. Ruckus takes his time with James and eventually gets him into just a towel. As Ruckus goes deeper into James' tissue we can see Ruckus starting to get hard in his underwear. The attraction is almost uncontrollable and soon Ruckus gives into his urges and leaves his clothes on the floor.

James opens his eyes to see the tatted stud's hard cock in his face. James is confused at first but after thinking for just a second, gives a shrug and goes down to help Ruckus with his growing dilemma. James is happy with the nice surprise and sucks the dick in front of him hard. Ruckus moans in delight as James can't get enough cock.

James rolls over and Ruckus slowly removes James' sexy yellow tighties to reveal a pussy! Ruckus is surprised but unphased and continues on with his mission. Ruckus goes down on James eating up his new found pleasure. They 69 until Ruckus can't take it any longer. Ruckus' dick finds its target and soon he's fucking James hard in his manhole.

Ruckus pounds away hard as James has orgasm after orgasm. Ruckus is so turned after several positions of fucking that he pulls out from doggie style and blasts his warm white semen all over James' ass and back. They moan hard and finish up the massage session out of breath and satisfied. This wasn't Ruckus' first time at the rodeo with a pussy, but it's first with a man who owns one! 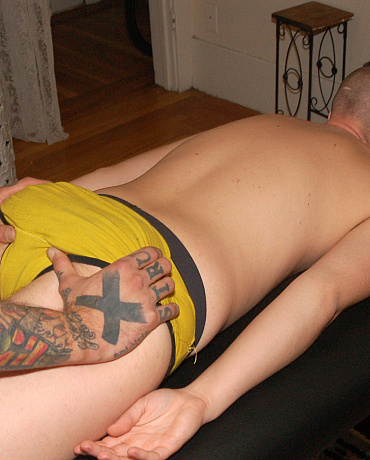 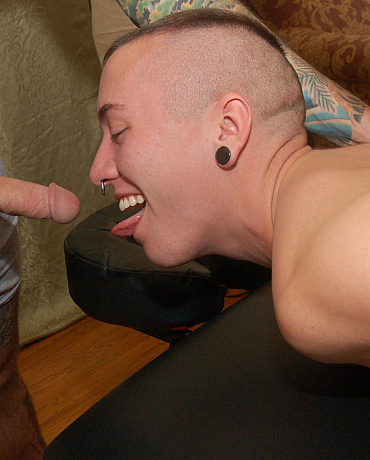 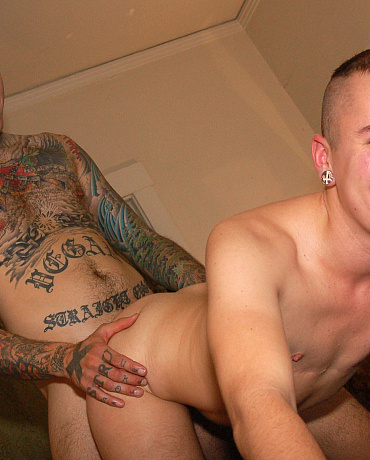 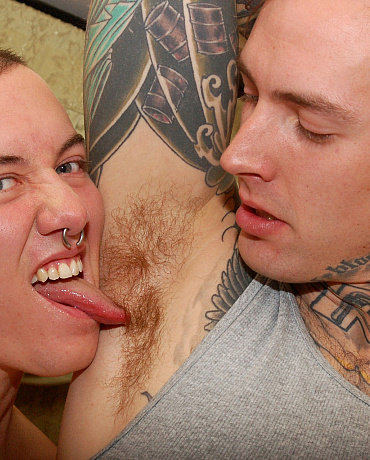 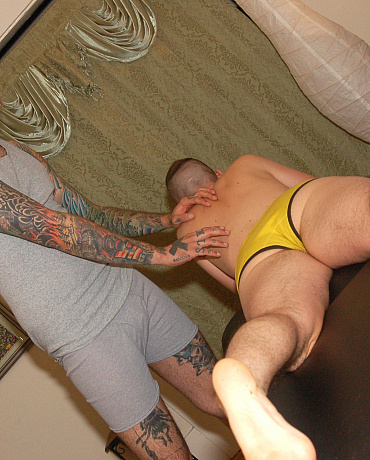 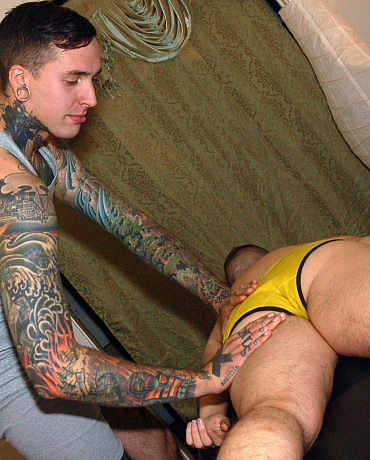 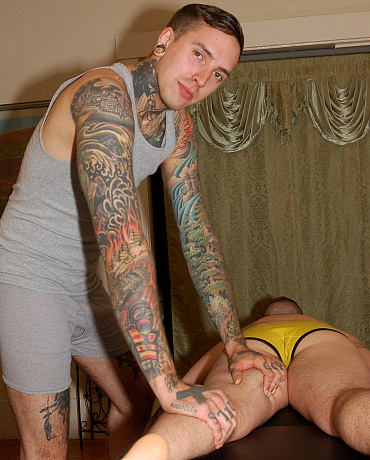 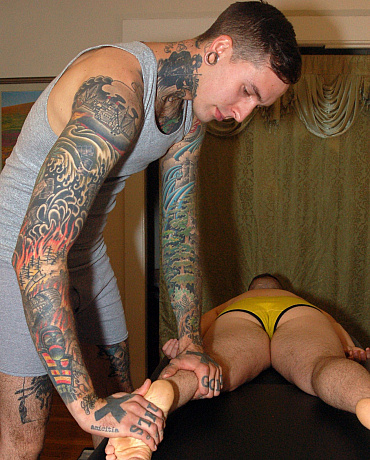 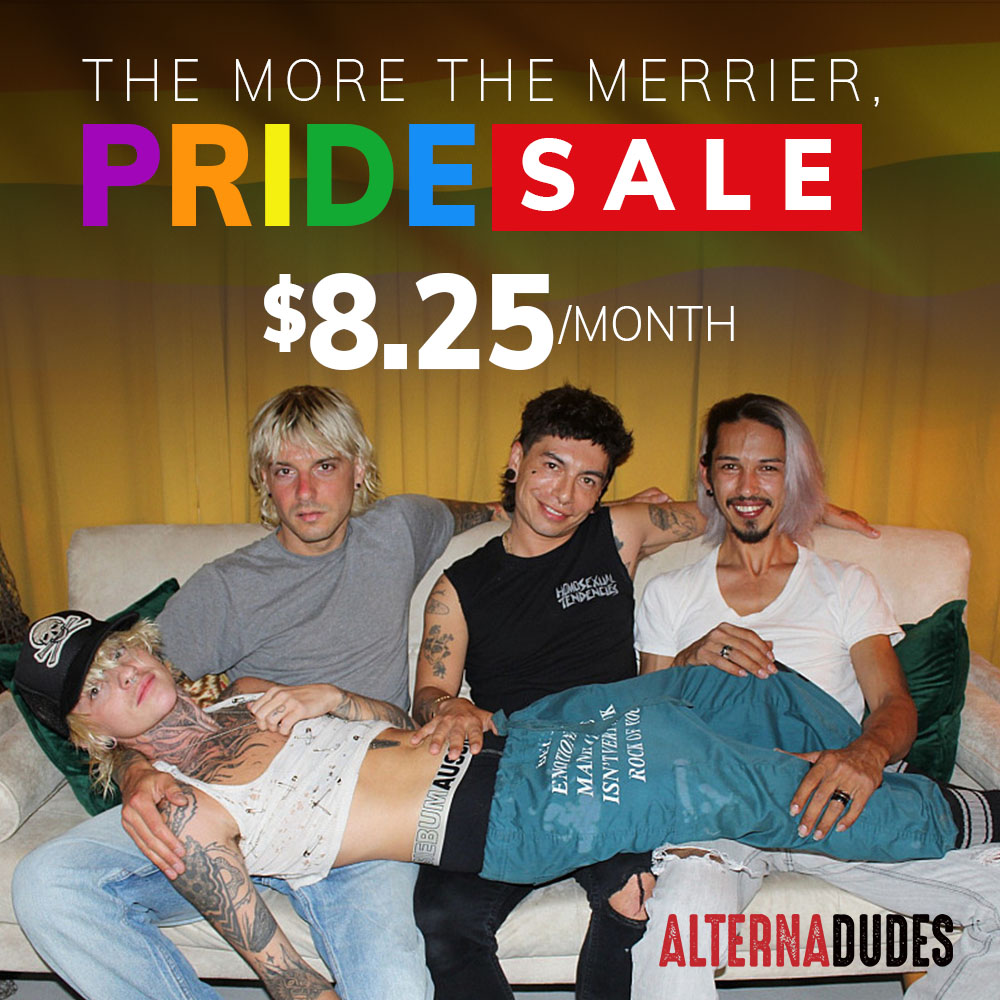