Dalive walks to the beat of his own cock. He’s way out there with his goth look and he knows it. He also doesn’t give a shit. He’s covered in tats all over his body and the piercings on his face make it look like his lips are sewn shut. And yes, parts of his hair are fake (by his own doing).

We went out driving in the car looking for the next Alternadude. We were turned down flat about 10 times and almost beat up twice but then as we were about to give up, Dalive appeared as if he were a gift from the gods. There he was walking down the street in all his get up – full makeup, hair extensions, tats and piercings. He was too good to be true. We rolled down the window and asked him point blank if he wanted to make some extra money. He agreed and hopped in the car to cum in the studio…er…ummm….come to the studio.

He’s super thin and uber hung! When he pulled his big thick curvy uncut dick out of his tight jeans and underwear we were stunned. His crotch has a nice patch of black hair that sits just above his thick snake and big tight nut-sack. He works his rod up and down before pulling his pants all the way off. The underwear comes off next. His cock is thick in the middle and a bit tapered at both ends with his curve going off to the side a bit. It’s a perfect cock from top to bottom! Once all the clothes are off he works his cock double fisted from the uncut hood all the way to his big plump cum-filled balls.

Here’s hoping we can get this sexy goth back in again soon! We’d love to see if anyone can handle his big thick uncut curvy cock! 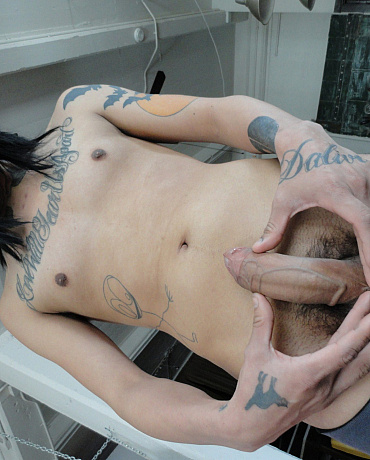 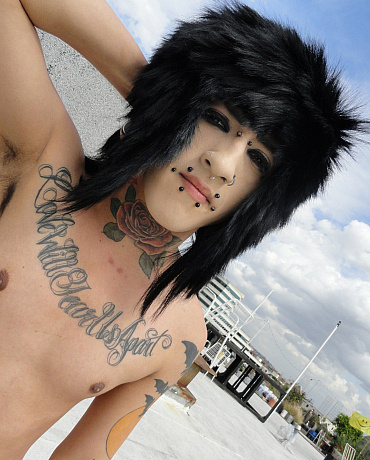 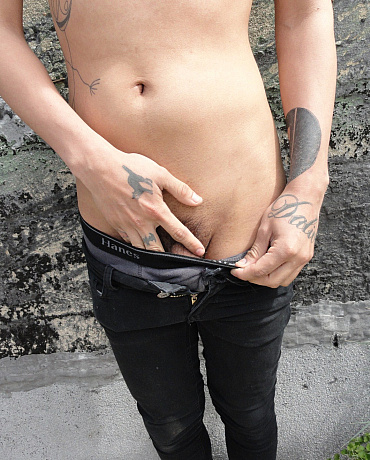 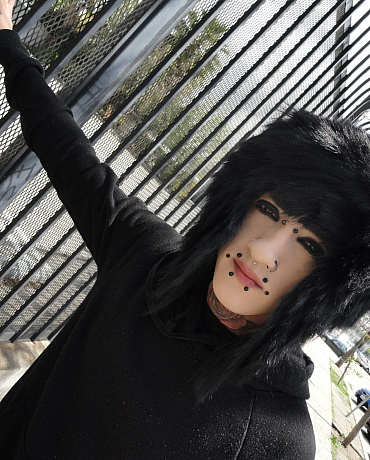 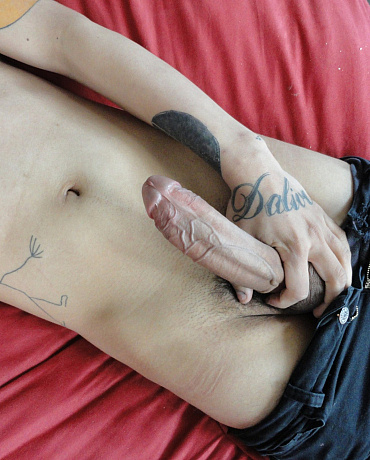 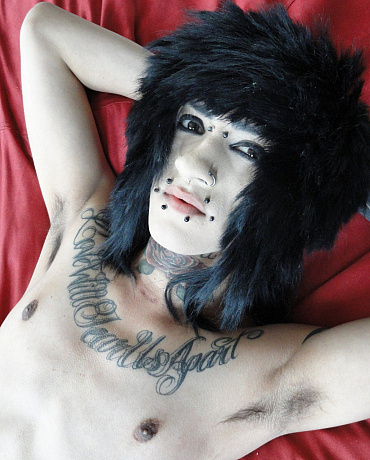 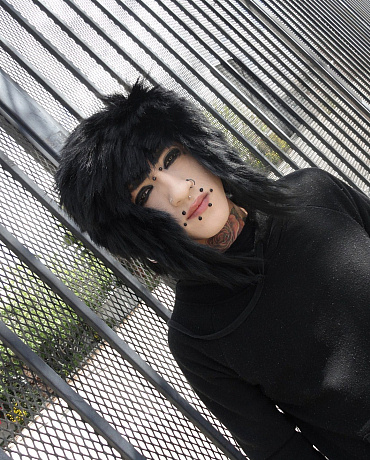 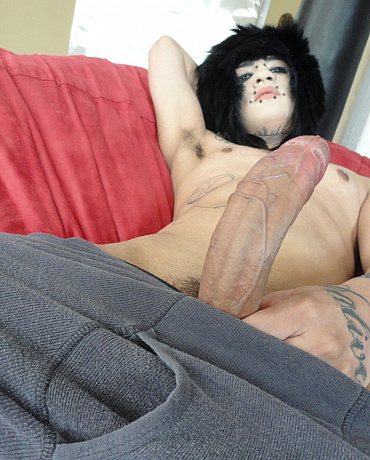 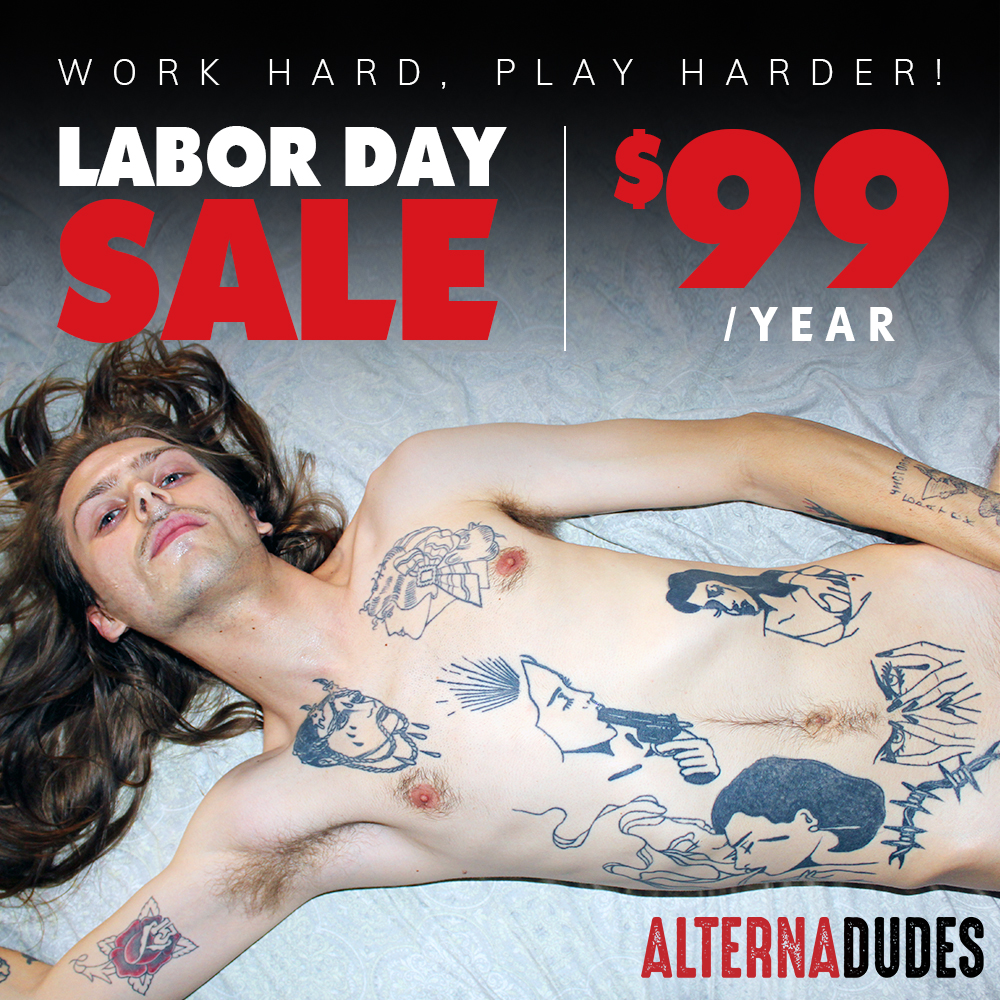