Meet Harrison Levi. Harrison is a solid tatted up hunk with a big thick dick and nice lowhanging balls. He's excited to do his jackoff session for our cameras and can't quick smiling almost all the way through.

Harrison starts off hard as a rock at the thought of other guys watching him (although he claims to be straight). He plays with his sack and cock as he peels off his boxers and stares directly into the camera. His cock is thick and veiny and he pumps it hard, knowing full well he has a complete package that most guys would love to get their hands and mouth on. (If you listen closely you'll even hear the cameraman give a few grunts and deep breaths as Harrison flirts and pumps and teases him.)

When Harrison is ready to explode, he goes for the gusto and tells the cameraman that he better get ready to "catch the shoot". He lets loose and blows a thick white load all the way up to his chin. He breaths heavily and then catches some of the cum dripping off his stomach as it's ready to hit the couch below. He coyly smiles as he says "I told you I was a shooter." He looks away and says "Alright" as if to say "I'm done, now go away," which is exactly how we picture he'd treat you after you take his heavy load down your throat! 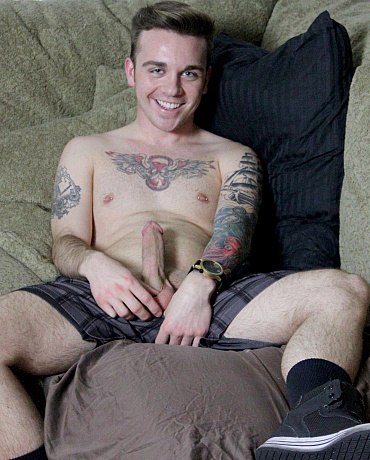 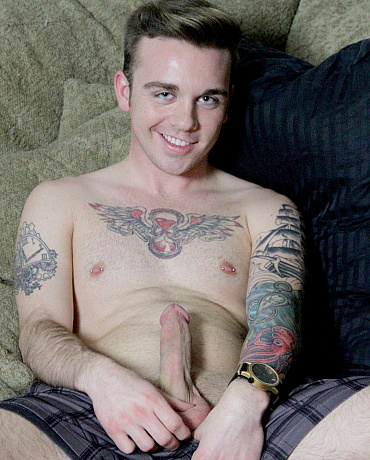 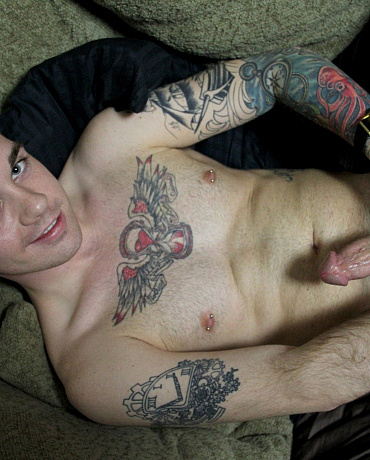 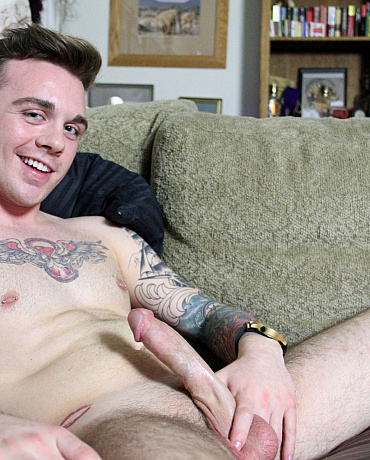 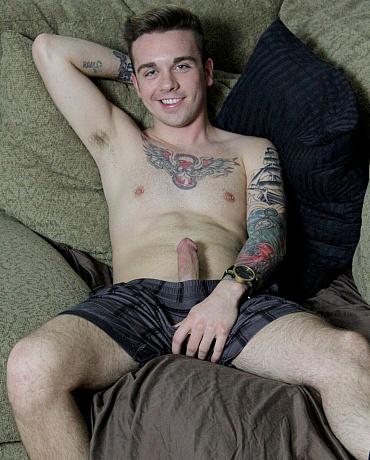 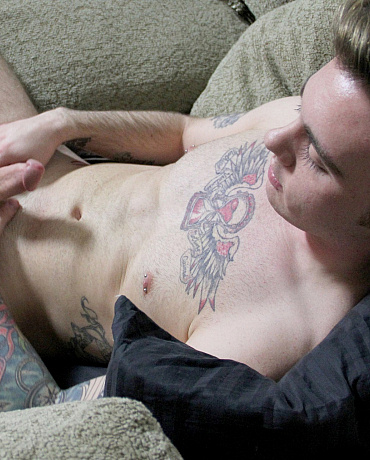 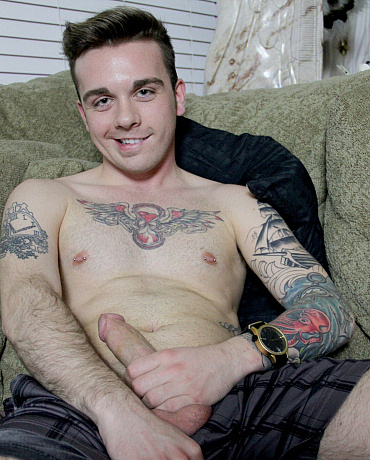 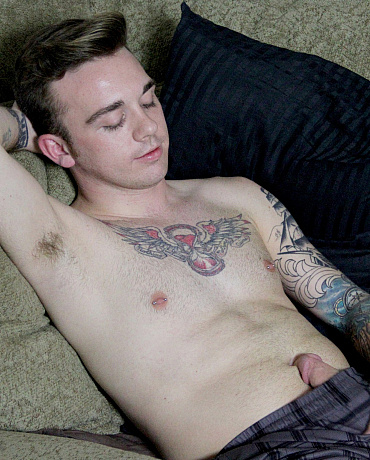