Tatted Emo Shows Us How He Does It

Vance is a shy tatted emo with big balls and a nice juicy cock. He's a man of few words yet he's an exhibitionist at heart.

Vance contacted us asking if he could make his own video for us. We were more than happy to accept his offer and within days he filmed his own movie and sent it in. He starts out in his hoodie in his messy bedroom. He's already getting hard just at the thought of what he's about to do in front of his laptop camera. Soon the hoodie comes off and his thick veiny cock is thrust front and center into the limelight.

Vance is extremely animated with his facial expressions. You can tell how awesome his own hands feel just by watching the expressions of ecstasy on his face. Vance works his cock hard squeezing and rubbing and cupping his balls. He shows off his hot hairy pits and freshly shaved pubes as he continues rubbing one out. This is an extremely pleasurable thing for Vance and he takes his time to prolong the fun that he's having.

Thanks, Vance! You're just what we needed! 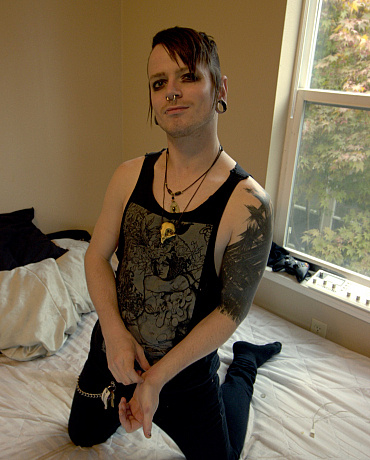 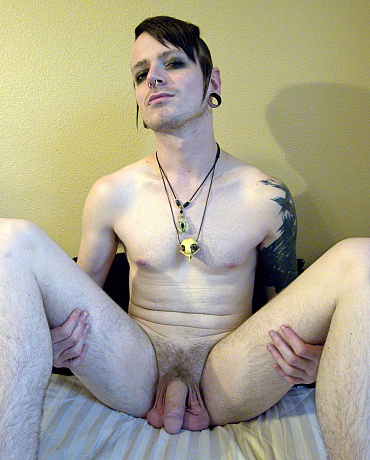 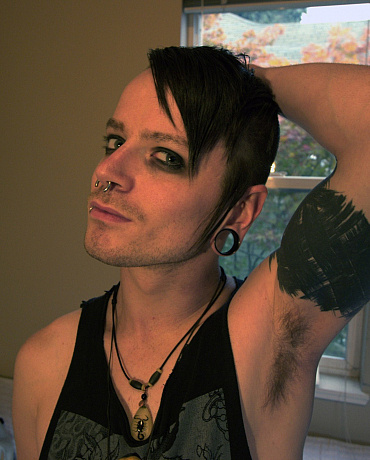 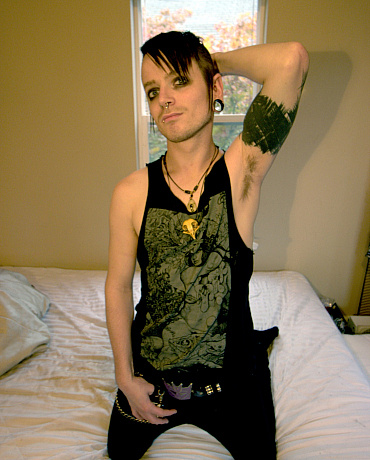 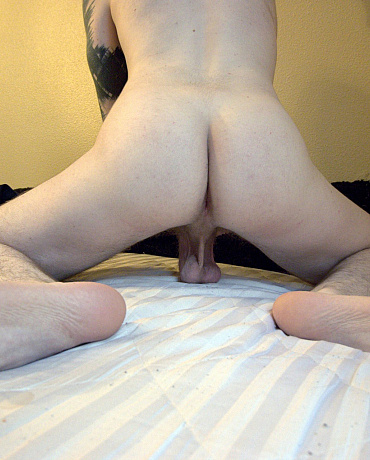 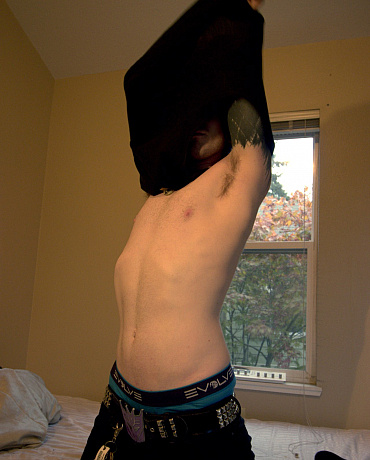 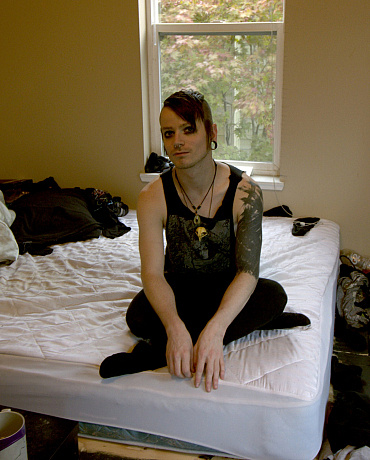